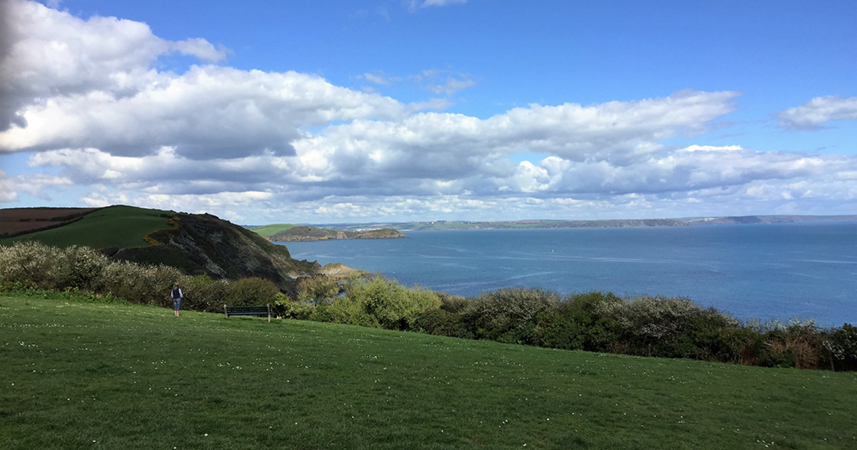 11 AprWalks with stories by Kneehigh Theatre

Last Sunday we visited Mevagissey as guests of Kneehigh Theatre to try out their latest story telling and walking trail as part of the ‘Walk with Me’ app series.

Walk With Me plays you home-grown stories collected and re-imagined by writer and Lead Artist on Kneehigh’s Rambles Programme Anna Maria Murphy, together with young people from across Cornwall. You can discover the sights, smells and stories of a local area in ‘GPS’ mode or, listen in the comfort of your own home in ‘Armchair’ mode.  The app can be downloaded for iphone via the App Store or Android via Google Play. Whichever way you play it you will experience funny, magical and often moving stories springing from the streets, cliffs and beaches of our beautiful and distinctive county.

We had previously downloaded the app and after checking in at Mevagissey’s Jubilee Hall, we switched on, located our position on the map and we were off on the trail. It is well described and we found it easy to follow the route. As you proceed, pink location markers indicate a spot where you can listen to a story or poem based around historical buildings, folklore and true stories based around the place you are standing (often wildly exaggerated for comic effect by Anna!) This happens automatically and the marker changes to blue when you have finished listening. 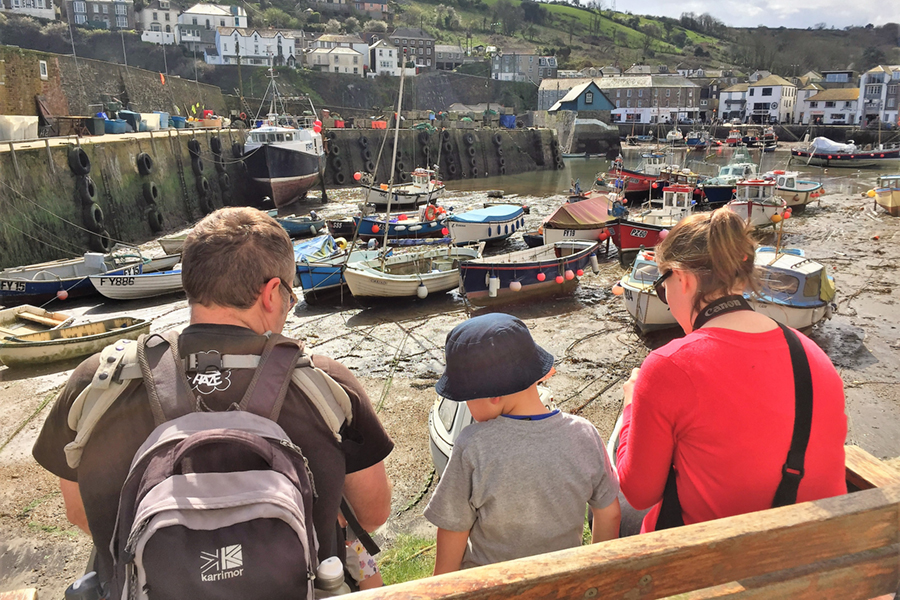 It took us about 2 hours as we had toddlers in tow, had to make ice cream stops and sit on the harbour to rest tired legs and enjoy the view. I thought I knew Mevagissey quite well but we found some hidden corners to explore and thoroughly enjoyed listening to the stories whilst learning about some of the local characters and historic buildings. When I got home I listened again in ‘Armchair’ mode on the app without distractions of navigation and jaw dropping views, which was very useful!

The Mevagissey app has been made in association with Mevagissey Museum and Cornwall One Parent Support and I would suggest the app is suitable for adults and families with children over 9 years of age – a fascinating, informative and fun way of exploring a new place.

As part of Kneehigh’s Rambles Programme, Anna (who has the wonderful twitter handle of @kernowwordwitch!) began walking the roads less-travelled of Cornwall in 2010, collecting stories and memories from people she met along the way. Anna then interpreted the stories to make an entertaining, and often moving, living landscape rooted in real people and places. In 2013 the series began with Perranporth Rambles, a story walk app that relived the stories collected by Anna in that popular North Coast surfing town.

It’s always worth checking out what Cornwall’s Kneehigh Theatre are up to via their website even if you are not in Cornwall as they often have shows on tour nationally – and even internationally now!