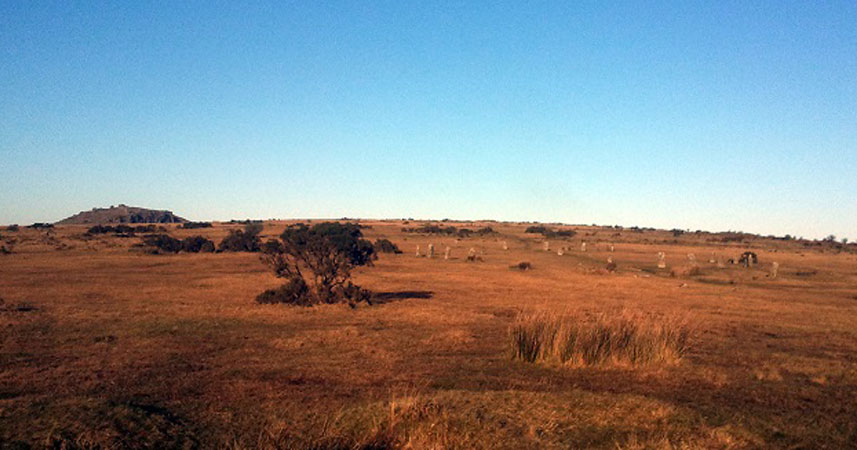 Cornwall’s rugged landscape is peppered with remains of ancient settlements. Many of these are located in the far west of Cornwall, near to Penzance. From well-preserved Iron Age villages to mysterious underground chambers known as fogous, there’s plenty to explore. Walking across the moors, you can really feel the sense of history – the modern world feels very far away.

English Heritage looks after all these sites, and most are free to visit during daylight hours.

Halliggye Fogou
Fogous are man-made underground chambers built with huge slabs of stone (the word ‘fogou’ means cave in Cornish). Halliggye Fogou dates back to the 5th or 4th century BC, and is one of the biggest and best-preserved of its kind. While we don’t know exactly what these underground spaces were used for, it’s thought that they may have been used as refuges, ritual shrines or storage chambers. Don’t forget to take a torch to make the most of exploring this underground passageway – it extends for 30m.

Entry to Halliggye Fogou is free, and it’s open to visitors from May – September.

The Hurlers (Minions, near Liskeard)
Legend has it that The Hurlers were once men who were turned to stone for playing Hurling (a game similar to rugby) on a Sunday. There are three separate stone circles, which date back to late Neolithic period or the early Bronze Age. Rillaton Barrow, a Bronze Age burial chamber, is approximately 200m north east of The Hurlers.

A short walk (approx 1 ½ km) across the moor will take you to the Cheesewring, a distinctive and improbable-looking rock formation formed by weather erosion on the granite strata of the moor. The views across the moor from here are outstanding on a clear day.

Trethevy Quoit
Trethevy Quoit is an imposing Neolithic dolmen burial chamber less than two miles away from The Hurlers. It’s made up of five stones which stand upright, supporting the huge capstone which now rests at a distinctive angle on top. These impressive structures are usually found in the far west of Cornwall, but this one, on Bodmin Moor, is one of the finest examples of its kind.

Chysauster Ancient Village
Chyauster is an Iron Age settlement five miles outside Penzance. This well-preserved ancient village gives visitors a fascinating glimpse into what rural life was like in this area of Cornwall around 2,000 years ago.

When you explore the site, you’ll notice that the village was made up of stone-walled homesteads. These are known as ‘courtyard houses’ and are unique to the Land’s End peninsula and the Isles of Scilly. Each house had an open central courtyard surrounded by a number of thatched rooms. You’ll also find the remains of a fogou within the settlement at Chyauster.

The people who lived here were farmers who grew cereal crops and probably also kept goats and pigs. Archaeological evidence suggests that the village was only occupied for around 100 years. While we don’t know why it was abandoned, it’s possible that a drop in population or lack of fuel nearby led to villagers moving on.

Carn Euny Ancient Village
Carn Euny was a well-established settlement, occupied from the Iron Age to late Roman times. Today, you can see the foundations of the stone houses that were built on this site, as well as an intriguing underground fogou.

From the old field boundaries, we can tell that the people who lived here farmed around 40 acres of land surrounding the village. They grew a range of crops, including oats, barley and rye, and kept sheep and goats. By around AD 400, Carn Euny had been abandoned, although the reason its inhabitants left is unknown.