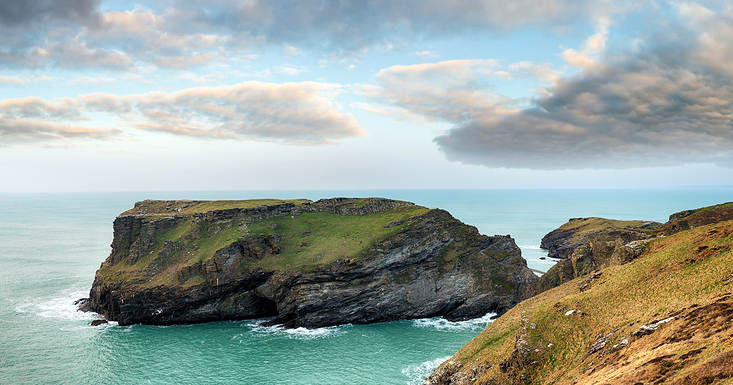 Tintagel Castle stands on a dramatic outcrop, linked by a tiny bridge of land on Cornwall’s dramatic north coast. Legend has it that the castle is the birthplace of King Arthur, who, when newborn, was smuggled away by the wizard, Merlin, who placed him with a foster family to keep him safe until he was ready to claim the throne.

The remains of an iron age fort have been found here, but the historic truth behind the stories has been lost in the veil of time.

The medieval castle which can be seen today was built in the 13th century by Richard, Earl of Cornwall on Tintagel Head. However, the site has been occupied since the late Roman period and there was a prosperous settlement there well before that. From AD 450 to AD 650 Tintagel was closely involved with trade to the Mediterranean world as evidenced by the largest fragments of pottery, tableware and luxury goods found in Britain from this period.

A good walk around the coastline here is to park at nearby Trebarwtih Strand and walk along the South West Coast Path to Tintagel. 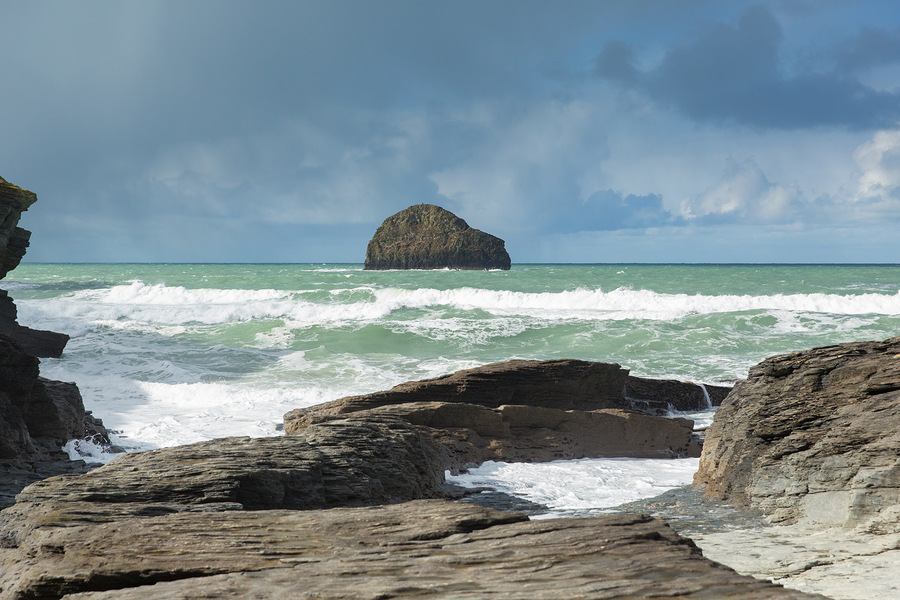 There is a large car park as you approach Trebarwith Strand, plus several small café’s and a pub on the cliff overlooking the bay. If you park here you can enjoy a full afternoon of Cornwall’s rugged landscape.

The steep-sided wooded valley down to Trebarwith Strand opens up at the dramatic entrance to this fabulous beach. Framed by rugged high cliffs, the waves look quite spectacular against this backdrop.

You have to cross some rocks to get to the beach at Trebarwith Strand and the beach can get cut off by the tide, so do check tide times before you walk. But the planning and rock scrambling is well worth the effort.

The views of the surrounding coastline are breathtaking if you climb up the coastal path to the cliffs. It is then just a short 2.2 mile walk on to Tintagel Castle. This is a wonderful spot to sight peregrine falcons which breed in this area.

Parking: Car park, cafe and facilities at Trebarwith Strand. There is also a cafe and toilets at Tintagel by the beach beneath the castle.