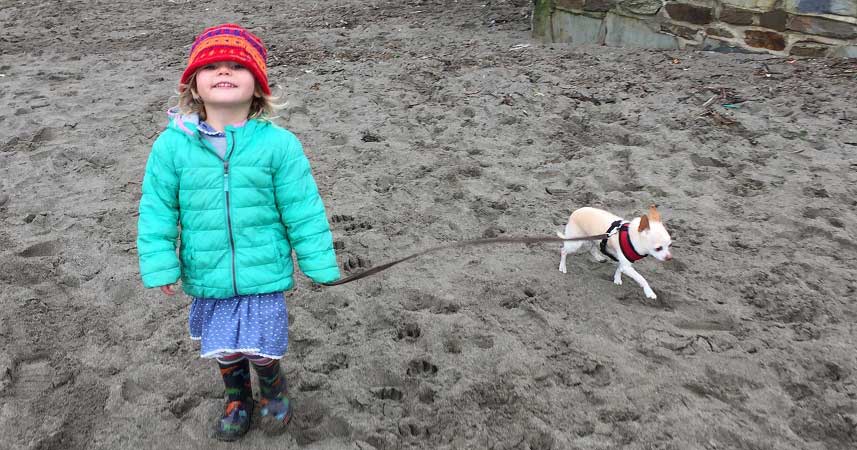 22 JanPolkerris and a beach clean with a toddler

Last week Jasmine and I headed down to the lovely local little fishing harbour of Polkerris, situated on the north-eastern shore of St Austell Bay between Par and Fowey. It is a quaint little village approached down a narrow Cornish lane with tiny cottages clinging to the valley sides and no room for cars past the official car park halfway down the hill – be warned! 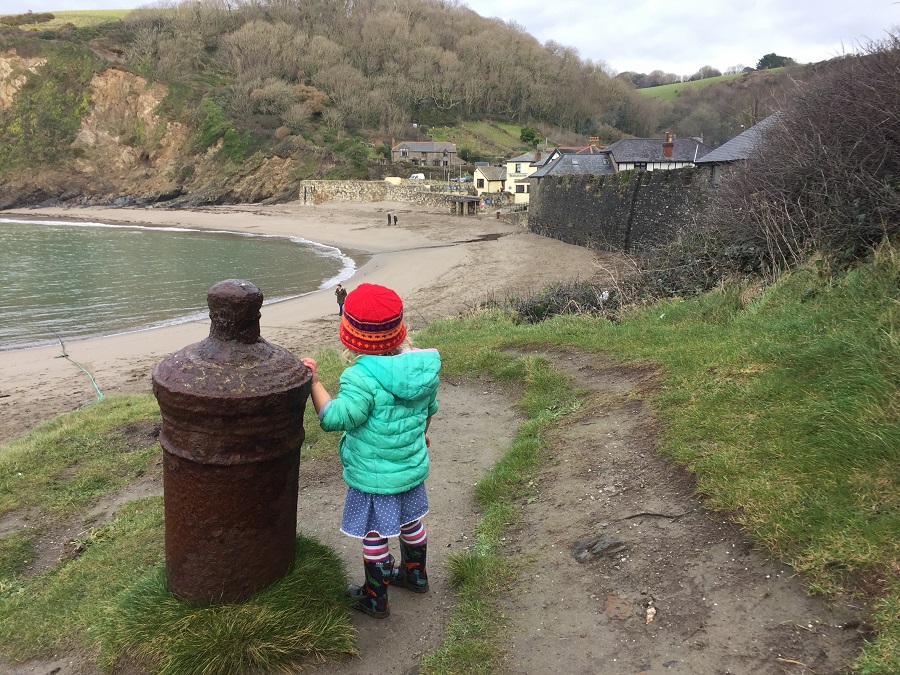 Polkerris is a little horseshoe shaped beach which is very safe and protected from most winds. My children spent many happy summers swimming and playing here as it was our closest beach at the time. In the high season a beach shop operates and offers a variety of water sports activities.

As you might imagine, Polkerris has a long history. In the 19th century, it had a flourishing pilchard fishery, a chapel, school, shop, post office, public house, plus the coastguard house (which is now the Rashleigh Inn) and a lifeboat station.

The fishing industry declined towards the end of the 1800s; at one time around 200 people were involved in the curing and packing of the pilchards, so it was a busy bustling place. The remains of the old Elizabethan ‘palace’ or pilchard curing cellar, one of the largest ever to have been built along the coast, still stands above the beach. Close by is the old lime kiln, used by farmers to burn lime brought in by boat to reduce the acidity of their soil.

The old lifeboat station on the beach opened in 1859 and closed in 1922 when it was moved to Fowey. The building now houses Sam’s on the Beach, a popular beach bar and restaurant. There is also a good pub on the beach – the Rashleigh Inn.

Jasmine and I spent some time playing in the sand and exploring the beach. I took a black sack with me to do a beach clean as there is a lot of plastic on the beaches at the moment following Storm Eleanor. Jasmine had her own little collecting bag and between the two of us we found quite a haul!

On the way home we popped in to sample the food at Yummy Scrummy in Par, the village next door. I had heard great reports about their artisan bread. There was a very nice, welcoming atmosphere with home baked food, a great variety of interesting salads and a good choice for children. Well worth a visit if you are heading this way – I was particularly impressed by their breakfast menu.

Which is your favourite beach in Cornwall? Leave a comment below, tweet @Bosinver or post on our Facebook page – we’d love to hear your thoughts! If you would like to know more about booking a holiday here at Bosinver, please email reception@bosinver.co.uk or call 01726 72128.