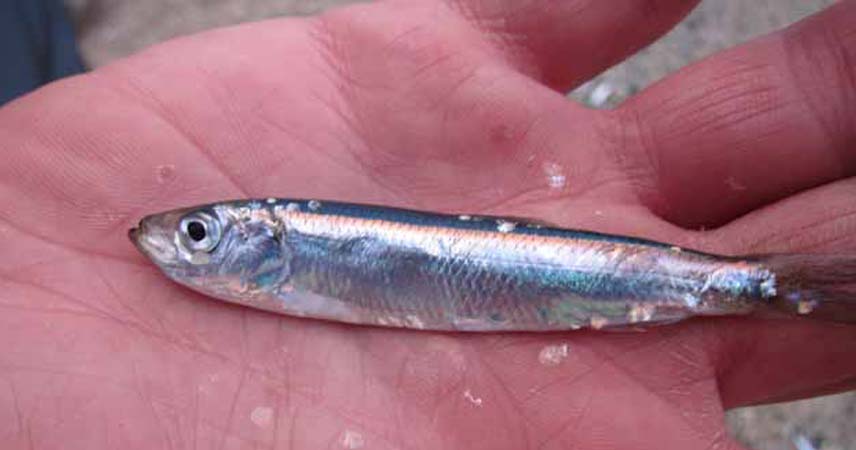 25 JulMackerel chasing whitebait onto the beach in Cornwall

On 18th August we were at Crinnis Beach Carlyon Bay enjoying some late afternoon sun and a walk when we were presented with one of the most amazing sights, courtesy of Mother Nature! I first noticed gulls wheeling over some dark, choppy patches of water out to sea, then quickly realised that they were circling over a large shoal of fish, heading towards the beach.

As we watched, the whole of the shoreline started to bubble and turn silvery white as thousands of whitebait (sprats) threw themselves onto the shore trying to escape the mackerel which were herding them into shallow water. The sea was boiling with writhing fish and there was a line of whitebait at least 30cm wide beached along the tide line.

Mackerel were chasing them into the shallows and beaching themselves and we were able to pick up some who had misjudged their distance and been stranded.

All along the beach people were trying to rescue the whitebait, throwing them back in the water but their chances of survival was slim with their predators still waiting in the shallows.

This scene continued for over two hours and I have never witnessed it before, despite living here for over 30 years. When I looked it up I discovered that it was indeed a fairly common occurrence along our south coastlines on an incoming tide from July to September when the water has warmed up and food is plentiful. Often there is a food chain, with bass and dolphins waiting in the deeper water to prey on the mackerel, so every fisherman’s dream conditions. In fact we watched several fishermen catching mackerel one after the other from the beach.

If you’re on holiday at and want to try your hand at mackerel fishing in Cornwall, there are many experienced fishermen who will take you out on one or two hour trip around St Austell Bay from Mevagissey.

Mackerel is an oily fish, best fresh from the sea, rich in omega oil, full of flavour and we love to barbecue it. Here’s a recipe we like from Levi Rootsfor barbequed mackerel with salsa if you fancy giving it a go. There’s really nothing better than mackerel you’ve caught yourself cooked simply on a BBQ on the beach. Delicious!

We’d love to hear your experiences of mackerel fishing in Cornwall. And if you’ve got any favourite recipes, why not share them?