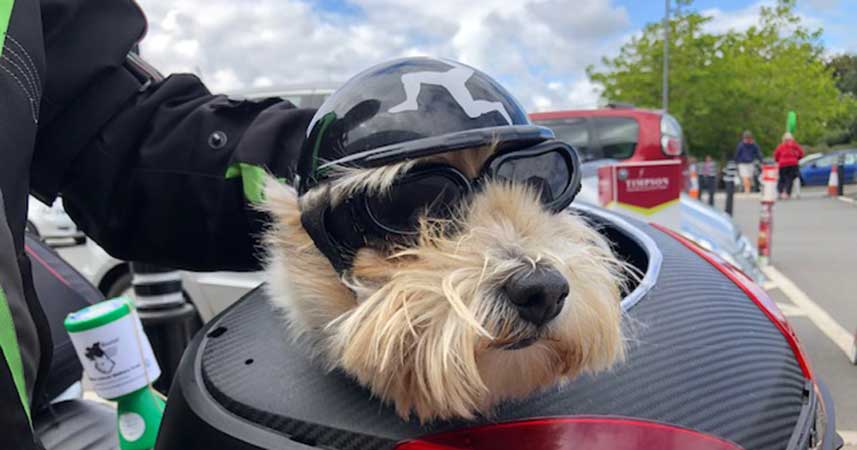 I have to share this story with you, it made my day and I hope it might do the same for you. Earlier this week I was driving to work when I found myself behind a gentleman on a motorbike – nothing unusual in that I hear you say but take a look at his passenger!

He was so CUTE, sitting there, happily wearing his helmet and cool dude shades with his ears streaming in the wind. I couldn’t take my eyes off him and was desperate to take some video to share. Obviously I couldn’t do that as I was driving so I decided to follow him until he came to a halt. Luckily for me, he was not heading for Penzance but St Austell Asda!

In he turned and in I followed, so desperate to get a pic before he was lifted out of his box, I transgressed and parked on a disabled parking space (sounds like Desperate Housewives). Luckily I managed to break into the crowd of onlookers already attracted to the cute little chap and grab a few photos before his helmet was removed. 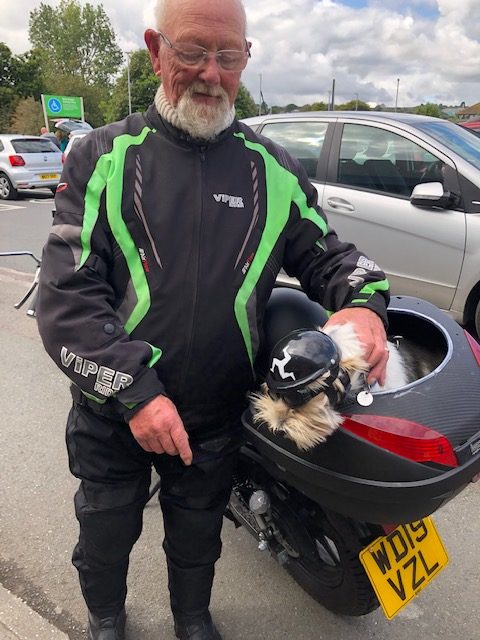 I managed to have a chat to his owner and discovered that the dog is called Freddie and he was in the Woodside Animal Sanctuary in Plymouth looking for his forever home. Mr Shuttleworth fell in love with him and adopted him 3 years ago and being a motorcycle enthusiast, worked out a way of carrying him safely on the back of his bike. The helmet was purchased from Amazon and the shades followed – can you believe they are called ‘Doggles’?  Everywhere he went Mr Shuttleworth and Freddie attracted lots of attention and he came up with the genius idea of collecting money from admirers for the Sanctuary. They were delighted, supplied him with a collection box and the rest is history……. 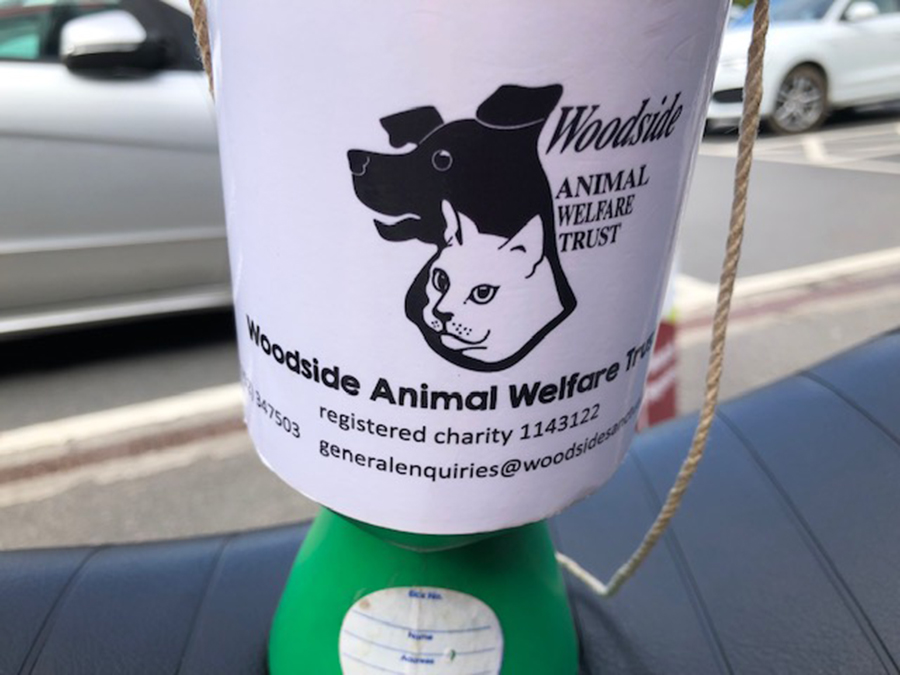 It’s a heartwarming story and a reminder that we can all put in a bit of effort to make a big difference to those in need, both human and animal! Now doesn’t Freddie just light up your day like he did mine????

Here’s the website for Woodside and I know they would be grateful for any donations to help with their work: www.woodsidesanctuary.org.uk

Enjoy a break in Cornwall

If you would like to enjoy a  break in Cornwall, we’ve got a range of cottages which sleep 4-12 people – find out more and check availability.